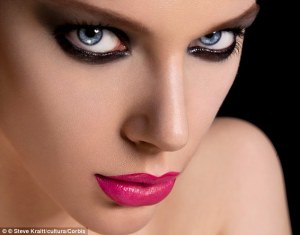 ‘…to be excessively polite is the ultimate rudeness’
Mafia Manager

In my bid to be polite, I have sometimes been terribly rude; and I didn’t even know it because I was so intent on being polite that I never thought I was doing the opposite. I have however learned that politeness should be timely and measured in quantity. No one wants to be around uptightness. Here are some ways in which rudeness is unwittingly manifested.

‘Mrs. Jones was a very clean housekeeper but has an exquisite art of making her cleanliness more uncomfortable and unacceptable than dirt itself’- culled from Charles Dickens

Hygiene: While hygiene is a key aspect in demonstrating social grace, extreme manifestations of OCD (Obsessive Compulsive Disorder- an excessive urge to be impeccably clean) does not represent social soundness. If anything, it announces one’s incapability of accommodating those whose choice of hygiene falls below theirs and this attitude does not identify with good manners-socially. I perfectly understand that the frustration of choking on someone else’s body odour (particularly in an unventilated environment) is nothing compared to waiting behind a long line but it’s the gracious side of grace to bear it. Clean is a relative term. Or so I have come to know. This is why you may sometimes want to re-do a cleaning duty that you earlier assigned to someone else, it simply was not up to your taste, I know! But let grace hold you back.

Admiration: …It was a lovely pair of shoes so I reiterated my admiration. The awkward thing though was that as she left, she removed the shoes and gave them to me as a gift. Why? I wondered until i learned she was compelled to give them to me because she thought I was subtly asking for them by my constant admiration! I was embarrassed in no little measure. So the next time I want to pay a compliment, I’m mindful to say, ‘YOU look very pretty in those shoes; they really match your dress’ as opposed to ‘nice shoes’. That way, she will not feel compelled to remove her dress too and give me!

Smiling: This is the easiest grace, fake able grace. Yet, smiling continuously for an extended period not only pains one’s mouth, it also gives one away and makes one look….funny.

Silence: Little wonder it’s called the gift of the gab. It takes a good conversationalist to carry on conversations tirelessly for hours and yet not pay the wrong compliment or ask the sensitive questions. Silence at a time is golden, at other times is simply awkward. And rude. Is it any wonder then that people are employed as public speakers and as Master of Ceremonies? No one employs anybody for their silence. When in company, speak. For grace’s sake. Extreme demonstration of grace is like adding too much ketchup to potato chips-sickening and tasteless.